Nara is the birthplace of Japanese history.There are many famous temples and shrines in Nara.
Since each sightseeing spots are usually a little far,we recommend bus tours to explore. 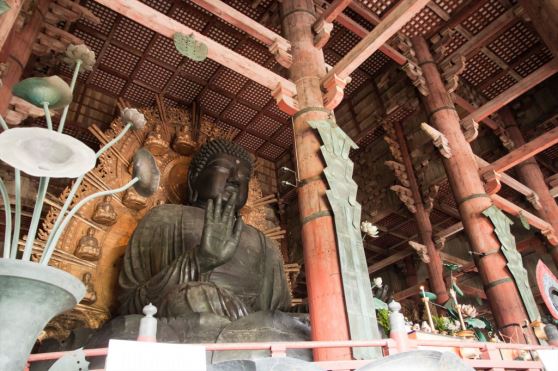 There are many features to Todai-ji Temple including the largest temple gate in Japan, the impressive statue group as well as the Nigatsu-do hall, the stage for the traditional Omizutori event. The Buddha hall which holds the 14.7 meter tall Buddha statue (Todaijirushanabutsuzo statue) is a must-see. Kasuga Shrine was built to pray for prosperity of the country and happiness of the people in 768.Kasuga-Taishi Shrine is one of the cultural property of the ancient city Nara, which also registered as a world heritage in UNESCO. 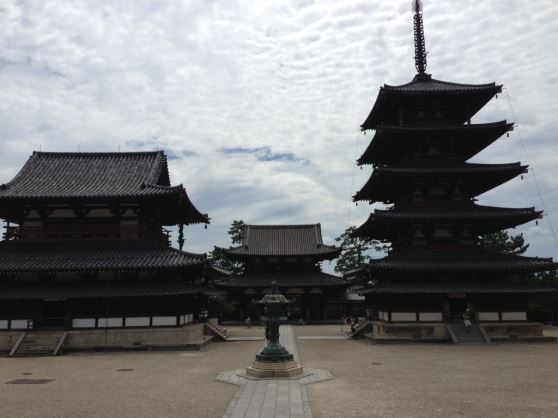 The temple is said to have been founded by Emperor Suiko and Prince Shotoku in 607.Horyu-ji temple has been registered as a UNESCO World Heritage Site under the "Buddhist Monuments of Horyu-ji Temple Area". 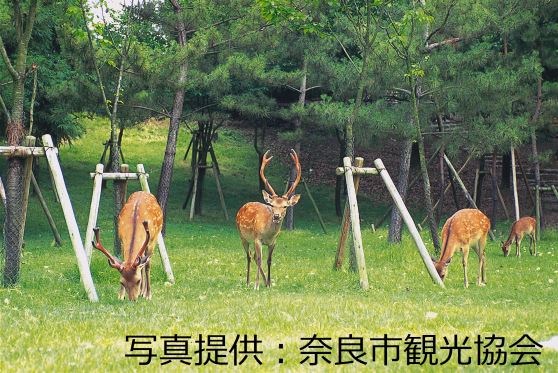 In addition to temples and shrines, Nara Park holds the cultural National Museum, Shosoin, and is an unprecedented historical park of natural beauty and lush greenery.A big attraction of Nara Park are the deer that roam freely in the park. The deer that live in Nara Park have been considered sacred from ancient times. When Kamatari Fujiwara suffered from a serious illness, his wife Kagamino Ookimi built the Sankai-ji Temple to wish for her husband’s recovery.Kofuku-ji Temple has collections of many national treasures and important cultural assets. 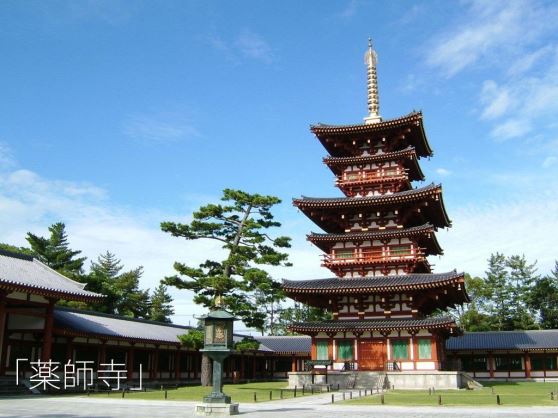 Located in Nishinokyo-cho of Nara, Yakushi-ji Temple is the head temple of the Hossoshu sect.Yakushi-ji Temple was designated as a UNESCO World Heritage Site in 1998 as one of the Historic Monuments of Ancient Nara. 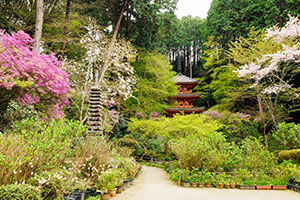 Tabi is 「旅」 in Kanji, means 【Trip/Travel】 in Japanese. We aim to add one something special to make your vacation trip more delightful & unforgettable. Tabiplusone offers a variety of tours, activities and cultural experiences. Some special offers are available only on Tabiplusone.Come and join our tour!!